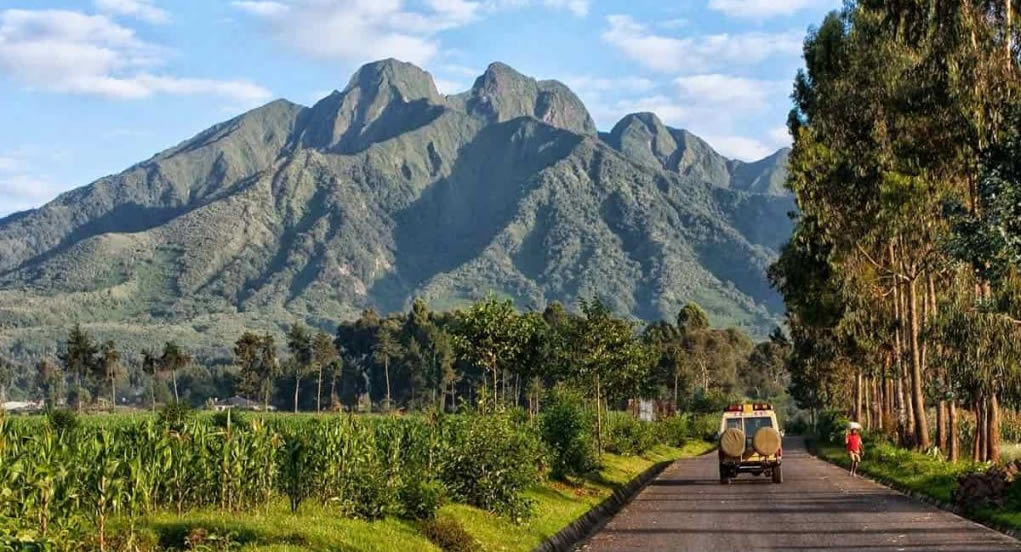 The long and short dry seasons are the best time to visit Rwanda. The long dry season of the year: is June, July, August, and September, and the short dry season is experienced in most destinations from December, January to February.

During the dry season, there is little rain recorded making conditions favorable for visitors to enjoy mountain gorilla trekking, chimpanzee tracking, or guided game drives in Akagera National Park. Visiting Rwanda during these months guarantees travelers an excellent view of wildlife or primates such as mountain gorillas, and golden monkeys in the wild as it is easier to navigate via the jungles, and steep slopes.

Because of the low rains, the ground also remains relatively drier which makes it easier to trek or drive through the parks. The vegetation grows short which also guarantees a clear view of wildlife in the open savanna plains or while on a trek to see chimpanzees or mountain gorillas/golden monkeys.

There are 2 wet/rainy seasons- long and short: the long wetter months begin in March, April, and May; October, and November. These are also often referred to as the low or off-months of the year- the peak rainy months of the year. Interestingly, it is the period when the vegetation grows in abundance, and primates plus other wildlife have plenty to forage on every day unlike during the dry season.

The best time or months, in summary, are usually June, July, August to September. The high season: June, July, August, to September (these are the months of the year when most lodges or accommodation facilities are fully booked and demand for gorilla trekking is high meaning, you should book one early enough,

From October, most parts of Rwanda record short rain showers then followed by a dry spell from December, January to February. The longer rain showers are experienced from March to May and they come with challenges resulting in the muddy ground making it a bit challenging to track chimpanzees or gorillas.

Gorilla trekking and chimpanzee tracking are the two leading experiences that make tourists consider Rwanda their favorite destination in Africa. There are 4 National Parks in the whole of Rwanda: Akagera National Park the only park in the country where the big five game and other savanna dwellers live such as giraffes, warthogs, zebras, antelopes, birds, and more.

Nyungwe Forest National Park and Gishwati-Mukura National Park are the ideal spots to see chimpanzees (plus many other primates including the Dent’s Mona monkeys, red-tailed monkeys, vervet monkeys, owl-faced monkeys, l’hoest monkeys, colobus monkeys, etc) and for mountain gorilla encounters on Rwanda safaris, Volcanoes National Park is the right place to be.

Other places to visit in Rwanda include Kibeho parish Rwanda’s renowned pilgrimage destination for the Roman Catholics since 1981, Huye a home of the ethnographic museum in Rwanda, Nyanza, Musanze caves, the Twin Lakes of Ruhondo and Burera, Lake Kivu, Lake Ihema, Kigali, Mount Kigali, Butare, Kibuye, and more.

There are multiple reasons why you should visit Rwanda for a vacation. But, the key reasons include exploring and experiencing its off-beaten natural beauty, abundant wildlife- all the big five game in Rwanda can be spotted in a single habitat (Akagera National Park), mountain gorillas, golden monkeys in Volcanoes National Park,

Enjoy the best weather (Rwanda is lying astride the Equator crossing), hiking adventures on the beautiful volcanoes such as Karisimbi the tallest of all the 8 Virunga Volcanoes rising at an altitude of 4507m, Sabyinyo, Gahinga, Muhabura, and Bisoke/Visoke volcanoes.

What to pack for a Rwanda trip?

Once you have understood when the best time to visit Rwanda is, next should be sorting out what items to pack or carry on your Rwanda safari. The list should be kept short but comprised of essentials only.